Mindify’s innovations are taking over the world!

Mindify is attending to Medica trade fair to perform a pitch to hospitals, clinics, governments, and investors. It also will participate in the business trade fair with the support of the Brazilian Ministry of Foreign Affairs (Itamaraty), ApexBrasil, and the Brazilian Association of Startups.

To ease physicians’ clinical routines, medical technologies like data collecting and analyzing software can be helpful. The company Mindify developed a solution, that helps patients while unburdening physicians at the same time. The Medica Connected Healthcare Forum showcases various technologies to enhance healthcare and connect patients, clinics and physicians.

In this MEDICA-tradefair.com interview, André Ramos explains how the developed automation forms can improve clinical routines.

Mr. Ramos, what is Mindify and what does it do?

André Ramos: There is no easy way to say this, so I will be blunt: Electronic Health Records (EHR) and their complementary software are not enough for today’s Healthcare! They cannot ease physicians’ clinical routines and integrate patients into their treatment journeys. Instead, EHRs are the leading cause of burnout, making physicians boycott them, according to the American Medical Association (2018), and so do not fulfill their job to reduce clinical variability and costs.

To simplify medical teams’ routines and integrate patients into their treatments for good, Mindify delivers easy-to-use forms to collect robust clinical data while providing clinical decision support and automation. These forms work can work as a stand-alone at a web portal or integrated into any legacy EHR, CRM APP (Customer Relationship Management app), or website through micro-front ends and API services.

Mindify has a unique user experience due to its proprietary low-code form generator that enables fast and cheap operational and tactical clinical guidelines automation. Mindify’s forms optimize themselves to the physicians’ or patients’ needs at each treatment step to foster robust data entries. To offer this optimization feature, each clinical process for each disease is mapped and automatized at its tiniest details. There is automation to validate data entries in real-time, prescribe medicines, issue alerts, communicate with every person involved in the care, and much more. As a result of Mindify’s hyper-automation, healthcare services get robust real-world clinical data and get up to 84 percent reduction in operational costs compared with the costs they used to have using their legacy EHR, CRM APP, or website.

What role does AI play in Mindify?

Ramos:Forms’ behaviors and automation are automatized using AI to deliver the best user experience (UX) for the clinical routines of the global market, which means that any healthcare professional and patient can use it without training. It’s important to emphasize that the user interfaces (UI) completely change according to each physician’s or patient’s specific needs for each treatment step.

Once Mindify delivers genuine user-friendly forms, they foster the generation of robust real-world clinical data, which is validated in real-time using AI technics. Finally, these unique data may feed machine learning technics that suggest improvements to Mindify’s automation, suggestions that specialists always validate before going to market. The major of Mindify’s contribution to the AI field is to guarantee large-scale robust real-world clinical data generation.

What benefit does it offer to physicians and/or patients?

Ramos:Physicians get automation that delivers unique user-friendly software and clinical decision support, so they can work confidently in all situations, including the ones they are not used to, such as diagnosing, referring, and treating rare diseases. Patients feel included in their treatments because all health issues generate a patient interaction in Mindify’s patient module, such as orientations, reminders, and much more.

Ramos: Mindify is used in Brazil for some of its most relevant healthcare players. There are projects for primary care sponsored by the Brazilian government, private healthcare insurance, and chains of clinics. There are also projects with some of the most important Latin American hospitals, such as Hospital das Clínicas de São Paulo, Moinhos de Vento hospital, and Oswaldo Cruz German hospital. Now, Mindify is seeking internationalization, especially in the EU and Japan. The solution already works with any idiom, and it was built considering the General Data Protection Regulation (GDPR). Brazil has one of the most complex healthcare systems, and even so, we were able to generate great results. Now it’s time to deliver similar results to other countries.

What do hospitals need to implement Mindify into their information systems?

Ramos:Mindify aims for huge healthcare operations, such the ones of hospitals, chains of doctors’ offices (clinics), or governments. To get the software up and running, they must define which guidelines they want to automatize; then Mindify’s team and robot do the automation; and finally, the healthcare service validates the automation. In most cases, this process takes a few weeks. After that, the forms are published to use at a portal or into any other software by an integration process.

What steps are you planning for the next years?

Ramos:We will be a top global software vendor for healthcare soon. We are investing in research and development in partnerships with some universities to get there, and we plan to increase these investments for the next two years. Besides, we are looking for partnerships to speed up our sales abroad. 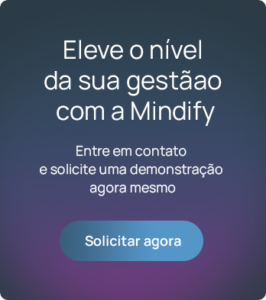